In my experience, most hard science documentaries are dry and dull… Informative perhaps, but utterly unremarkable — scientific theory and fact being presented in a cold and methodical style. By contrast, this program appeals to emotion rather than science. It is wistful rather than logical, and this speaks to me.

“Traveling Back in Time” is concerned with theories of the science behind time travel. 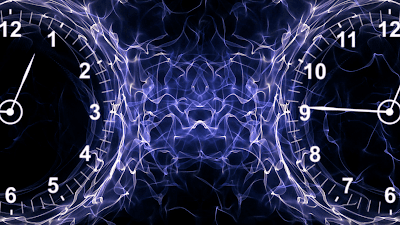 Time is a merciless companion.
Each moment that passes of our lives is transient. For, as soon as it happens, it’s already become a memory.
At some point or another, we’ve probably all wish that we could go back to relive precious moments gone by.
Perhaps, it’s to visit a historical moment or person to resolve a mystery perplexing the annals of history.
Or, maybe, it’s to drop in on a long-gone friend; just for the chance to spend one more moment together.
Or, perhaps, you wish that you could go back and right a wrong from your past—to undo a mistake that haunts you everyday of your life.
Physics reveals that time and space interweave to form a unified fabric to our universe. But time isn’t like those other dimensions. Whilst we can easily move in any spatial direction we please. We appear impelled to move only forward through time.
No stopping and NO reversing.

An excerpt from the opening dialogue

“Traveling Back in Time” was first released on YouTube on 01 November 2019. It is narrated by Dr. David Kipping and produced by Cool Worlds Lab. This documentary has a runtime of 29 minutes 16 seconds.

David Kipping is currently an Assistant Professor of Astronomy at Columbia University. Educated at Cambridge, Kipping received his Ph.D. from University College London. At Columbia, he researches extrasolar planets and moons. In addition, he leads the Cool Worlds Lab based at Columbia and runs the YouTube channel where the Lab’s research and associated science are described. 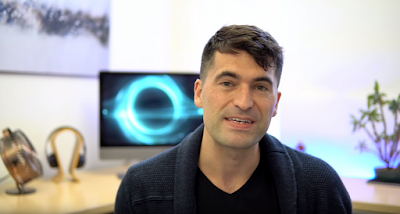 Prof. Kipping, the narrator and presenter of this program, is ideal for the task; his voice having that poignant, plaintive quality that is so necessary to compliment the desired tone.

Cool Worlds Lab is part of the Department of Astronomy, Columbia University. According to its website, Cool Worlds Lab’s mission strives to develop new and novel approaches to further knowledge gained via astronomical observations. Its associated YouTube channel serves as its outreach to the lay public.

I began my exploration of time-travel fiction, in very large part, because I was so impressed, so moved, by Stephen King’s 11/22/63: A Novel. King is one of the few authors who, in a novel entirely concerned with the Kennedy Assassination, can make the reader forget about the Kennedy Assassination. And, I have a thing or two left to say concerning that novel in this occasional “A Supplement to 11/22/63: A Novel” series. This blog post is, tangentially at least, the latest entry in this occasional series intended to enhance the reader’s experience of Stephen King’s fantastic work

In a previous post (concerning RAWR–another piece of time travel fiction), I wrote the following:

The actual mechanism of time travel is far less important to the story than getting the creature from the original time to the destination time.

Looking at time travel literature in this way, keeping these thoughts in mind, can possibly provide the reader a deeper insight into the work, as well as the time travel sub-genre as a whole.

In order to better highlight these concepts for the reader, I needed to understand the actual science (as we understand it today) of the theories behind time travel. To that end, I found that YouTube provided exactly what I needed—good information with a minimal investment of time and energy. And by far, the best I have seen is “Traveling Back in Time.”

The YouTube documentary video “Traveling Back in Time” comes in at a little over 29 minutes. It is divided into six parts — opening, four sections, and the conclusion.

The documentary opens with the dialogue reproduced at the beginning of this post, setting the tone for what follows. Following introductory comments, the program moves on to a discussion of the limits of science today. Accepting those limitations and using only logic, Kipping highlights the primary challenge to the idea of time travel, i.e. the Grandfather Paradox.

Closing out the documentary, Kipping explored the theory put forward by Stephen Hawking—the Chronology Protection Conjecture. This posits that “physics will always conspire to protect causality.” This is a very “Mr. Spock”-like way of touching on the idea of “the Obdurate Past” as explored in King’s 11/22/63: A Novel.

In the concluding section of the program, Kipping says it better than I ever could, reaffirming the human condition and the beauty of what that means:

Perhaps in the end, time’s lack of mercy is actually a gift. Compelling us to make the most of the days that are left—to live fully in what lies ahead.

Cold science holds little draw for me. Kipping’s narration appeals to emotion rather than intellect, speaking of dreams and loss and regret. And, I was able to relate to that.  The human condition—what makes us human—is not comprised of calculations and measurements. It is how we deal with loss of dreams and regret for our past decisions. That is why the possibility of time travel is so very appealing, as Kipping says: “…to undo a mistake that haunts you everyday of your life.”

And it is that tone that sets this video apart and compels me to give it my highest and most sincere recommendation.