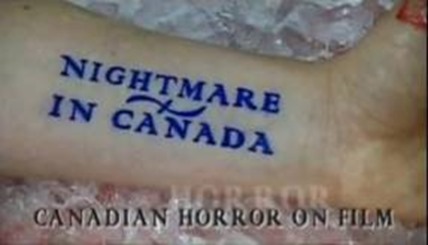 First aired in Canada in 2004, and currently available on YouTube[i], this hour-long TV documentary is full of many wonderful tidbits on horror film, horror film in Canada, as well as, the nature of horror itself. One of the final statements in this documentary is from Karen Walton[ii] and concerns the latter in particular. It was so spot on, in my opinion, that I transcribe it here verbatim. 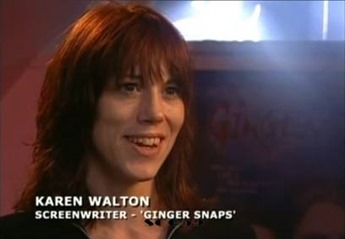 The allure of horror is absolutely the ability to talk about what nobody wants to talk about. That is the job of horror. Horror's complete, single occupation is to take all the muck away from whatever the current society is, and show you bare the bones of what it is that everybody is afraid to confront.

So, it will change from decade to decade and . . . and its form, its frame will change from century to century. But that's the beauty of it as well. It's also a historical document of the society that created it. It's a pure reflection, like a . . . a fun house mirror of what the preoccupations of the day are, without pretending that they need to be . . . prettied up.[iii]

The above quotation encapsulates, in large part, a principal reason why I study horror literature and watch horror films. In all sincerity, I believe that it is possible to gain an understanding of a society by means of studying its horror fiction. By analyzing a society's horror literature and horror film, it is possible to understand what aspects or elements of itself, the society is trying to externalize and thus what fears it is struggling to come to terms with.