This post is written in praise of a “creepypasta.” A “creepypasta,” simply put, is a short horror tale, initially made available via the internet. In this second creepypasta-related post, another outstanding example of short story horror-fiction writing is highlighted—T. W. Grim’s “The New Fish” of approximately 12,500-words. For comparison, Harry Potter and the Order of the Phoenix, the subject of a future post, tops out at 261,906 words![i] Wow! 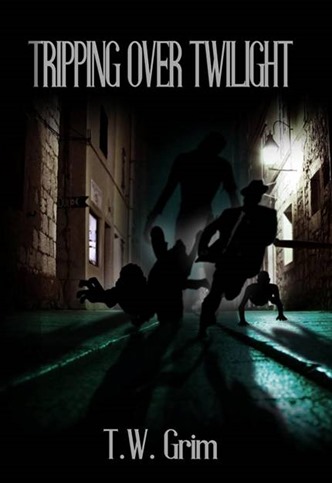 . . . This particular story likes to pop up in my head in the small, dead hours of the night, when the harsh winds of drab old November lash and rock my rusty little trailer hard enough to wake me up, as they did tonight.

Coincidentally, it was on a November night just like this when I heard this story. I was about a year into my four-year sentence for armed robbery, and this was my second winter in the Pen. I recall that the goddamned wind was cutting through the walls really badly that night, and the drafts were freezing our toes solid. There had been a murder that day, and the whole Pen was on lockdown, all five pods and the Protective Custody unit, too. Big Rob Hutch was a man who had his ear to the ground, and he had known that the lockdown was imminent; we had just enough time to make preparations for what was coming. Happy for a chance to hang out and get fucked up, seven of us quickly herded into his cell with our bedding, snacks from the commissary, and as much gear as we could get our hands on. I remember that we were all wrapped up in our thin, scratchy blankets like convict burritos. The blankets were grey and made of rough wool; upon checking into the Razor Wire Inn, you were issued one and one only. In the winter, blankets were at a premium. Men would fight for them; sometimes, even kill for them.

Mikey and Big Rob were both sitting on the lower bunk. Coltrane and his kid Remmie had the top one. I was freezing my ass on the floor, along with Nick and Richie. The young pups had to sit on the floor; that's just the way it was. The old cons got to snuggle their asses into the relative comfort of the thin mattresses that covered the squeaky spring-slats (and, in Coltrane's case, the old con's bitch, as well). We weren't complaining out loud about it, though - we knew better than to do that.

T. W. Grim is an author of short horror tales. Many of his works were originally released on Reddit No Sleep as creepypastas.

At present, he is the author of four published works:

Most recently, Grim released When the Stars Fall, a short novel about a group of people who just happen to find themselves in the wrong place at the wrong time; and the striking novella The Promises We Make in December. In my opinion, both are excellent works and well worth the reader’s time.

The tale praised here is “The New Fish” and was originally written as a creepypasta appearing in 2014. Later the same year, it was formally published on Amazon kindle as part of the collection in Tripping Over Twilight. The other tales in this collection are good but “The New Fish” stands head and shoulders above the rest. Although, I must comment that (the longer) “In the Pit” was disturbing and very visceral. And by that I mean that there was a lot of viscera—all over the place! 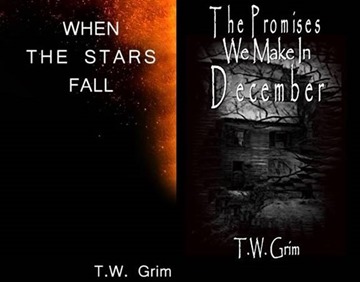 I must say here that KingSpook’s narration of “The New Fish” is one of the very best creepypasta narrations I have ever heard. It certainly added another dimension to an already superior story.

The story “The New Fish” itself is an extension or an evolution of the old ghost-story-around-the-campfire theme, with convicts in a penitentiary replacing young campers.

The tale is told in nested flashbacks. As Grim himself states, this tale is “a story-within-a-story-within-another-story about a creature who haunts a maximum-security penitentiary . . .”[ii]

On a windy night in November, the narrator recalled an evening over fifteen years previous. On another windy November night and during a prison lockdown and power outage, he and six other convicts were sitting in the dark listening to a scary story. The scary story being told itself is set twelve years before the initial flashback. And making this tale just a bit more complicated, in the story the convicts are telling, a set of historical documents was introduced as an important part of the plotline. The relating of these documents opened a further and deeper level of nested-ness to “The New Fish.”

Describing the placement of the convicts as the story unfolds, I firmly believe helps the reader better understand who was who and kept time and people straight. This was especially true when the narrator would break his narration periodically to explain incidents that occurred following the end of the principal flashback storyline.

During the initial flashback, the placement of the convicts was as follows:

Sitting on the upper bunk:

Sitting on the lower bunk:

Sitting on the floor:

Individuals sitting around a fire are oriented along a horizontal axis. Everyone is on the same level, symbolically equal. In the case of this tale, and as seen above, the convicts are situated along the vertical axis, implying a more hierarchical relationship. Therefore, understanding the seating layout, though seemingly unimportant, reinforces the contrast between the images of kids sitting around a campfire listening to scary stories with convicts sitting in a darkened prison cell.

Secondary characters (for example, Stutters and Billy Tremont) useful in furthering the plot are incidental to the greater storyline. The seven convicts “sitting around the campfire,” so to speak, are the central figures here.

And, the tale told by the convicts, and through the narrator, to the reader (or the audio listener) continues to this day. The Kid—whatever he is—is still there in the prison . . . and every once in awhile, he gets hungry.

Having read each of Mr. Grim’s four published works, I cannot wait for number five!