From an ad in a magazine promising to "out X-Files the X-Files," Delta Green captured my imagination.

From its first official appearance in the scenario Convergence in The Unspeakable Oath #7, I was hooked. 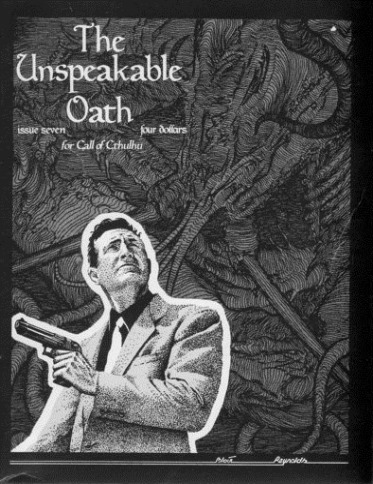 I was very happy to participate in the Kickstarter campaign in 2014 to raise funds for a Delta Green fiction anthology. When the first volume (Delta Green: Tales from Failed Anatomies) arrived in my email later that year, I read it in a day. It was wonderful. So Delta Green (you know what I mean).

Not to take anything away from the other tales, but for me, these three stories stand out:

~Night and Water set in late 1944 in Europe. It introduces the Karotechia, the Nazi occult/mythos group. This is a hard hitter.

~Coming Home set in 1970. The after effects of a Delta Green op in Vietnam are rarely happy and usually very messy. This one hurt to read.

~Drowning in Sand set in 1997. This tale ties together Roswell, Majestic 12, and the mythos into a nice little package 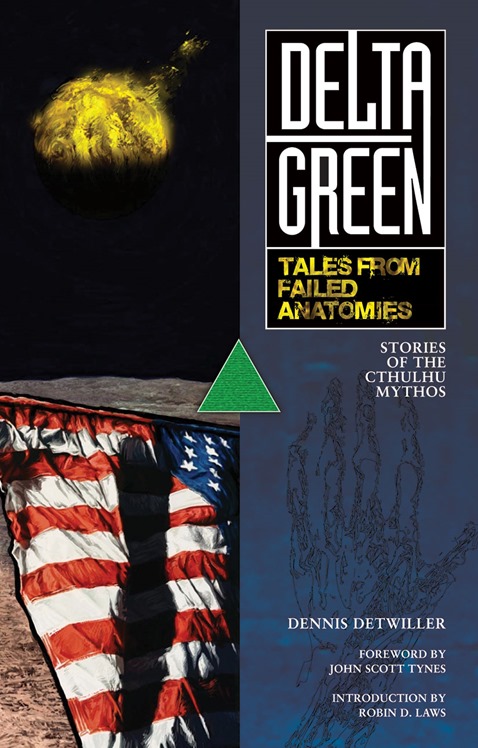 Then just a few weeks ago, I was pleasantly surprised when the second volume (Delta Green: Extraordinary Renditions) showed up in my inbox quite unexpectedly. This volume was nearly double the size of the first and it was awesome! I read this one in a single day as well.

In Extraordinary Renditions, honestly, no one story stands out. They are all phenomenal in my opinion. Each tale hits hard and reminds you that in Delta Green, the best you can hope for is to die by your own hand. 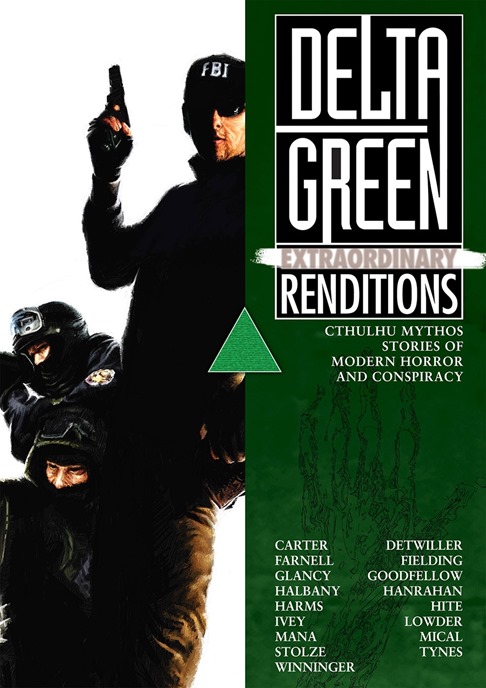 In both volumes, the tales are organized chronologically. Thus, these tales also trace the evolution of the organization from its earliest days during the Great Depression through its growth in World War II and the Cold War, right up to the present. This approach captures the feeling and flavor of Delta Green perfectly.

Anyone care to join me for a night at the Opera?

It's a little more complicated than that...(concl.)

I would like to turn now to where I am in agreement, up to a point, with the author. I believe she makes a valid point in describing how she came to understand that living history can teach what cannot be taught in class or read in books.

Wearing 19th-century clothes on a daily basis gave us insights into intimate life of the past, things so private and yet so commonplace they were never written down...

When we realized how much we were learning just from the clothes, we started wondering what other everyday items could each us...

Striving to understand a culture or time though its material artifacts is an appropriate means of studying the past. It is called "living history," as I have discussed earlier in this essay. Mrs. Chrisman should be lauded for coming to that realization. Where she errs is that she stops; never going beyond living history and material culture.

The artifacts in our home represent what historians call "primary source materials," items directly from the period of study.  Anything can be a primary source, although the term usually refers to texts...There is a universe of difference between a book or magazine article about the Victorian era and one actually written in the period. Modern commentaries on the past can get appallingly like the game "telephone": One person misinterprets something, the next exaggerates it, a third twists it to serve an agenda, and so on. Going back to the original sources is the only way to learn the truth.

From our 21st century perspective, primary source materials are predominantly textual; documents from the time in question. Mrs. Chrisman correctly labels the items she has collected as "artifacts" for that is what they are. Artifacts, coupled with the methodology of living history can reveal a great deal about the material culture. But without correct context, which only diligent historic research can provide, it is useless.

The author is correct with the difference between primary and secondary sources. It is an essential truism in the study of history that a firm reliance upon primary sources is the foundation of any serious project. However, her comment about the "telephone" game and subsequent misinterpretation by historians reveals that the author missed the entire purpose of historic research and the profession of Historian.

In actuality, the field of history relies upon the re-evaluation, re-interpretation and re-presentation of earlier historians' works. Thus with this regular re-assessment there is little chance that any "telephone" game-type error would survive the test of peer review over time. However as people of the 21st century, we struggle to comprehend the nuances within writings from Victorian times. It is the work of diligent historians which provide the context and make it possible to understand those nuances in late 19th century writing.

It's a little more complicated than that...(cont’d)

In a small town in Washington State, the authoress, Mrs. Sarah Chrisman lives with her husband. I will refer to them as living historians rather than re-enactors. To me, re-enactors, while no less dedicated or devoted to their craft, in general need an audience. At the end of the day, they change out of the frock coat and corset. A living historian attempts, in vain I might add, to live the past even when no one is about.

My husband and I study history, specifically the late Victorian era of the 1880s and '90s.  Our methods are quite different from those of academics. Everything in our daily life is connected to our period of study, from the technologies we use to the ways we interact with the world.

In her opening paragraph reproduced above, Mrs. Chrisman lays out her position clearly and without doubt or hesitation. Frankly, I agree with her statements as someone after my own heart.

I am a passionate student of late Victorian studies as I noted. While trained in academia, I too find its methodology limiting at best and suspect at worst in achieving a deeper understanding of what life was like back then. I hope I made clear in the opening paragraphs of this essay the value to which I hold living history methods as a supplement to historic research. The author made several statements in her article which I found very pertinent and will comment on them in due course. However, the tone in which she wrote this piece, how she phrased and made her points, and the imagery she used, made it appear to me that in describing her journey into living history, Mrs. Chrisman was actually writing a love letter to the 1890s.

This lead me to have serious reservations.

Foremost among which was what I believe to be a mischaracterization of one of the driving forces behind the industrial revolution. Mrs. Chrisman wrote, in regards to using living history as a technique:

...helps us understand the culture that created them – a culture that believed in engineering durable, beautiful items that could be repaired by their users.

Followed in the next paragraph by:

Much of modern technology has become a collection of magic black boxes: Push a button and light happens, push another button and heat happens, and so on...Few Americans have even the foggiest notion what makes most of the items they touch work...

The second quote further illustrates the "love letter" tone pervading the entire piece. Ironically, this highlights the need, indeed basic requirement, for living history to be coupled with vigorous research. Here also a romanticized image of the Victorian era is offered up. In truth, the Victorians were the first people to have really new gadgets...Even push button ones! And they loved them. It even became a matter of status. Conveniences like electricity were modern and the new fashion. Only the old fashioned still utilized gas. The Victorian era was not a haven from consumerism. In a very real sense, the Victorians invented consumerism with the Industrial Revolution. Images of English country life, while picturesque and even restful, do not do the topic under consideration a service. This is what I meant at the opening of this essay when I discussed mindset. In the quotes above, the author does not exhibit a needed foundation in popular thinking of the time. By "popular," I do not mean "famous," I mean "of the people."