This post will be a little different from my usual format and is more of a stream of consciousness kind of thing. 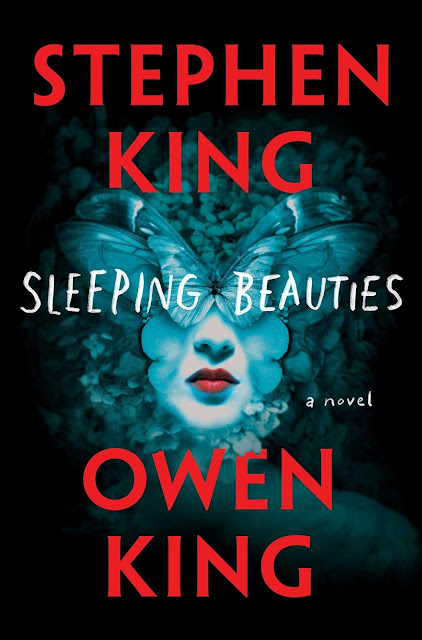 Based on reviews and statements made by several BookTubers who I highly regard, I chose not to read Stephen King’s Sleeping Beauties (2017) until very recently. Against this were many comments from ordinary readers on Amazon.com. They overwhelmingly claimed the book was very good. It had flaws of course, all works do, yet, for the most part these comments were very positive.

How was I supposed to reconcile this preponderance of positive comments with the statements from the reviewers whose opinions I value? I was torn by my decision to pass on the book. I hemmed and hawed about it for a long time; months and months, in fact. Finally, I decided to trust my instincts and make up my own mind. I bought the book and read it.

I was happily surprised by just how much I liked it.

Even though I don’t consider myself one of King’s “Constant Readers” (Hell, I haven’t even read IT yet!), I do consume and enjoy a lot of his writing. Nor am I an obsessive completist when it comes to his catalogue of works. I have stated in previous posts however, that in my opinion, as a writer and story-teller, Stephen King is among the best (though his endings, more often than not, leave a bit to be desired).

I know that Stephen King is politically active on the left and is vocal about it. However, having it be so in-your-face that it negatively impacts the plot and storytelling is where I personally draw the line. And this is precisely what those reviewers I regard claimed Stephen King was guilty of in Sleeping Beauties. And yes, the anti-male, pro-female sentiments are present, but I feel that while overt, it wasn’t really all that bad. In fact, I was surprised by the degree to which there were represented good men and bad women, petty men and violent women, honorable men and psychotic women. Strength became weakness and weakness became strength for both men and women.

The character development and the setting where the story takes place were developed to a depth and degree common in a Stephen King novel. Having not read any Owen King prior to Sleeping Beauties, I cannot say who wrote what or how much was written by father versus son. I can say the melding of the two authors was excellent. I could not tell where one stopped and the other began.

All in all, I felt that Sleeping Beauties was not a bad novel. Certainly not on par with 11/22/63; but 11/22/63 is masterpiece of the storyteller’s art, after all. It maybe that I am just easily entertained; but this experience reaffirmed a valuable lesson for me: consider the thoughts and opinions of those you respect, but make up your own mind.