This blog post continues my occasional (and limited) foray into the horror fiction sub-sub genre of plant horror. “The Purple Terror” is an excellent example of plant horror from the close of the Victorian Era. 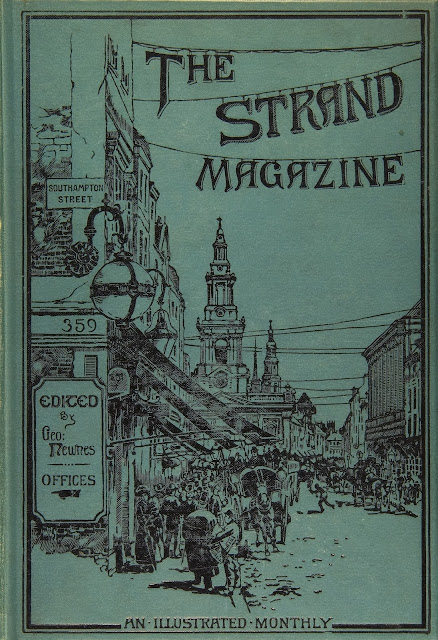 The blooms were immensely large, far larger than any flower of the kind known to Europe or America, of a deep pure purple, with a blood-red centre. As Scarlett gazed upon them he noticed a certain cruel expression on the flower. Most orchids have a kind of face of their own; the purple blooms had a positive expression of ferocity and cunning. They exhumed, too, a queer, sickly fragrance. Scarlett had smelt something like it before, after the Battle of Manila. The perfume was the perfume of a corpse.
(Page 244).

The publication was outrageously successful from the start, averaging 400,000 copies per month up through the 1930s. The Strand Magazine was collected and bound in six-month volumes; typically from January through June and July through December. By the 1930s, the six-month period became more varied.

Though the original magazine ceased publication with the March 1950 issue, it was revived by a Michigan-based company as a quarterly in 1998.

The Pulp Magazine Archive at archive.org is a comprehensive source. It maintains a sizable percentage of The Strand Magazine print run in PDF format (in addition to countless other pulp magazines).

Fred M. White was born in West Bromwich, England in 1859. An extremely prolific writer of science fiction, horror and early spy tales, White was particularly known for his six “Doom of London” tales from 1903-1904. In these six tales, he explores various disasters that befall London; from killer smog, disease, and ice, among others. 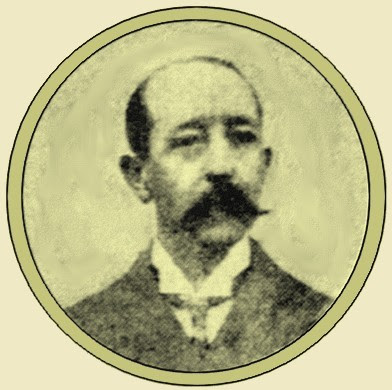 During and following the First World War, White’s fiction turned to more social matters that concerned itself with the fallout of the war and its impact on society. White and his wife spent their final years in Barnstaple in Devon, England.

Interestingly enough, though written and published in Late Victorian England, “The Purple Terror” was, nevertheless, set in Cuba very near to the Mayan lands and South America. This led me to an intriguing question. Did the discovery and increasing exploration of the wilds of the Caribbean as well as the jungles of Central and South America give rise to the horror sub-genre of plant horror?

This tale is set very soon after the end of Spanish-American War of 1898. One of the results of the war was that Spain gave up all claims to Cuba; the island being then placed under an American military governor for several years thereafter. Naturally, as a result of this situation, the locals bore some hostility toward the Yankee occupiers.

An American naval officer, Will Scarlett, is sent on a mission to deliver a vital letter across miles of unknown, and potentially hazardous, Cuban wilderness. With him initially, are three other sailors and a mastiff. The party’s first night on the journey was spent in a cantina. In catching sight of beautiful orchids around a lovely local lady’s neck, Scarlett also caught the ire of the lady’s male “companion.” When the officer asked after the flowers, the man told Scarlett that he would serve as their guide to the orchids as well as pathfinder through the jungle to fulfill his mission.

During the first day on their journey into the jungle, the guide explained that the orchid blossoms grew on tendrils high in the trees. These tendrils are poison to the touch. Scarlett was very eager to collect orchid samples.

After coming across definite signs that the orchids are lethal, the guide, nevertheless, reassured and encouraged the party to carry on. The guide led the group to a small plateau, the ground of which was utterly covered by bones—of animals, birds and humans. They ultimately rested there for the night, the soldiers bedding down in a circle after clearing the bones, the circle canopied by trees and vines and tendrils. The guide slept just outside of the circle.

Scarlett lay uneasy. Even the big mastiff was restless. Hearing the dog bark in pain, he fully woke to the sight of the dog being somehow lifted high into the trees; and then, dropped. Dead, its throat looking sawed open, the dog’s corpse lay surrounded by purple orchids.

The vine, like a tentacle, moved over a sleeping soldier, grasped him and lifted him up, finally spurring Scarlett into action. He attacked the vine, cutting the soldier free with his knife. On the ground, the soldier awoke confused. After seeing the soldier’s injuries, Scarlett ordered him to wake the others.

None of the others believed Scarlett, at first. Even so, they all assumed the guide was responsible. After the group had to rescue one of their number from the vines, they certainly believed him 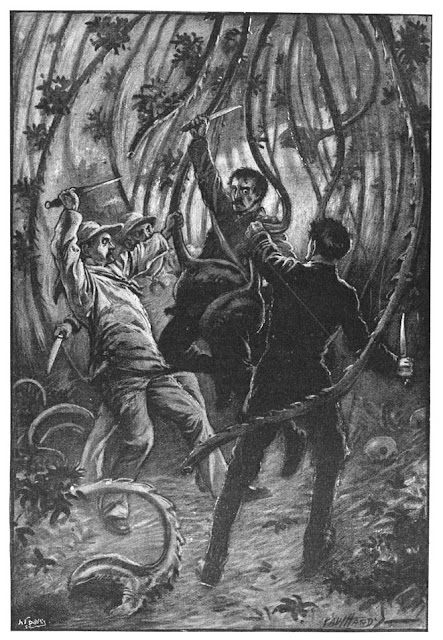 Scarlett and his men confronted the guide as they knew he was a traitor to them. After a little psychological coercion, the guide confessed to all—how he came to want to hurt the Americans and how he knew how to use the purple orchid plants to realize his vengeance.

My prior post concerning an academic approach to understanding plant horror provides useful background to what follows. Particularly in applying concepts considered in that study to the tale explored here; certain themes also occur in “The Purple Terror,” for example:

•The purple orchid plant is unknown to western civilization, found only in the wilds of Cuba.

•The protagonist gets into this situation because he seeks to gain fame for discovering such a unique and beautiful orchid. He views plants as mankind’s - to do with as they see fit. As curiosities to be shown off with the greater credit going to the finder rather than to the plant itself.

•The “civilization vs wilderness” trope is made clear in this tale. The protagonist has to leave an ordered military environment to cross an unknown wilderness. And, in this wildness, the enemy lurks.

•The idea that plants are “rooted” in place is made evident in this tale. The purple orchid plant employs tendrils in trees to overcome this. Even so, these tendrils are limited. They can only drop from the trees. Prey has to be directly beneath the tendrils in order to fall into their trap.

•The purple orchids are terrifying. In an inversion of nature, the orchids feed on humans. Though the reader does not “see” the plant feeding, there are enough indicators, including numerous human and animal bones and skeletons around, to remove any doubt.

Additionally, the guide acts as the driving agent of the story. He has knowledge of the orchid. He knows where the orchids are and how to use them to achieve his ends. However, I came away with a question based on my reading of other plant horror tales. Did the guide, who was a local (probably indigenous) alone possess the knowledge of the orchids? Or did he come about it from some older tradition?

“The Purple Terror” (one of the earliest plant horror tales written) together with the academic study from my previous posting and another short [here], comprise the sum of my plant-horror investigation to date. I have at least several more tales to thrash out before I conclude my vegetal exploration.

However, in my next posting I will detour away from plants and return to a favorite subject matter—Time travel . . . sort of.
.
.
.

Thinking about “The Jaunt” by Stephen King