With “The Branches of Time,” I want to take a slightly different approach from my usual review and summation of a tale. Ironically, it was an editor’s note that gave me the inspiration.

This post explores David R. Daniels’ “The Branches of Time”—a thoughtful, deep-dive of a time-travel tale from a little known author. The editors of Wonder Stories included a statement alongside the story to express their opinions. 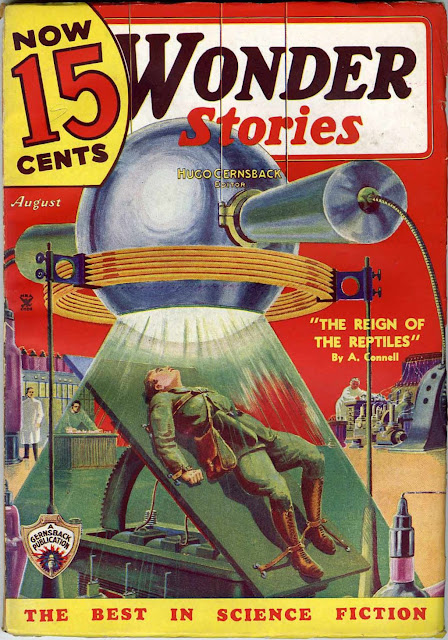 To say that this short story contains some revolutionary time-travel theories would be putting it exceedingly mild.

When the author, new to our magazine, submitted this story to us, his accompanying letter stated that in it he had settled the time-travel question once and for all. We must admit that a broad, unbelieving grin spread over our countenances when the author dared make this assertion.

BUT—the smile soon left our faces after we had perused well into the yarn—for, to our chagrin, Mr. Daniels had really propounded so many brand new ideas about time and time-travel, and such logical ones—that he has not left one loophole in his argument!

You are perhaps smiling at this, as we did at first, but all we ask of you is to read the story, which task you will not find hard, for it is filled with as many thought-provoking theories as any science-fiction novel you have ever read and you will sit for long after finishing it, pondering upon the fantastic possibilities of this new kind of time-travel…

“The Branches of Time,” written by David R. Daniels,  initially appeared in the August 1935 (volume 7 Number 3) issue of Wonder Stories.

Both the editors and I initially viewed the story through the lens of mere time-travel fiction. Only later came the realization of just how extremely unlikely it was that a 20-year old would be well-versed enough (with Ph. D.-level physics) to condense contemporary time-travel theories into a short story for a pulp-sci-fi magazine’s audience. Particularly, since the physics describing what is happening in the story would only be made public 22 years AFTER “The Branches of Time” had been published.

David R. Daniels was born in 1915 (though there is some question to this) and died on 17 April 1936. He is credited with publishing six short stories/novelettes; five appeared in Astounding Stories and one (“The Branches of Time”) in Wonder Stories. Each of his tales, with the exception of his final, appeared in 1935.

Daniels died, under questionable circumstances, from a self-inflicted gunshot wound; either via accident or suicide.

There is almost no biographical information readily available on Daniels. I could not ascertain, where he was born or even where he died, with any certainty. There is, however, one source that purports to reveal the grave marker of a David R. Daniels who is buried in Ignacio Cemetery East in 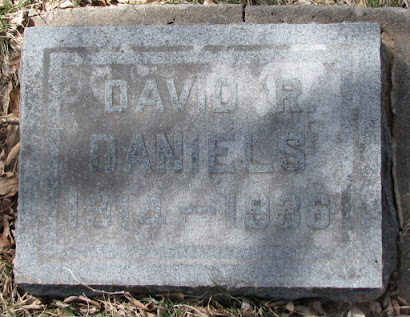 The Pulp Magazine Archive at archive.org is a truly comprehensive source for pulps. In addition to countless other pulp magazines, it contains a good portion of the Wonder Stories print run in PDF format.

James Bell and the narrator are two friends from school who haven’t seen each other in years. has something important to share with his friend that has a lot to do with their mutual love of science fiction stories.

excitedly tells his friend that he has invented a time machine that actually works! While the narrator is amused and makes jokes, is serious. While never explaining the actual workings of his time machine, states that at first he could not time jump faster than one year per hour of his time because of power limitations. He had to slowly time travel to 1987 in order to acquire an “atomic engine.” By this means, he was able to jump up to a hundred thousand years per second of his time at its “top speed.”  Bell describes the look of his time machines in their several iterations; and how he settled on a flying machine from the 21st century due to ease of use and comfort.

goes on to tell his friend of an apocalyptic war in 2083 between the and . Tragically, in the end, all of humanity is extinguished—every last human. hoped mankind would rise again. But aside from a weak insect culture, there was no dominant race.

Millions upon millions of years later, watched the moon fall into the Earth. 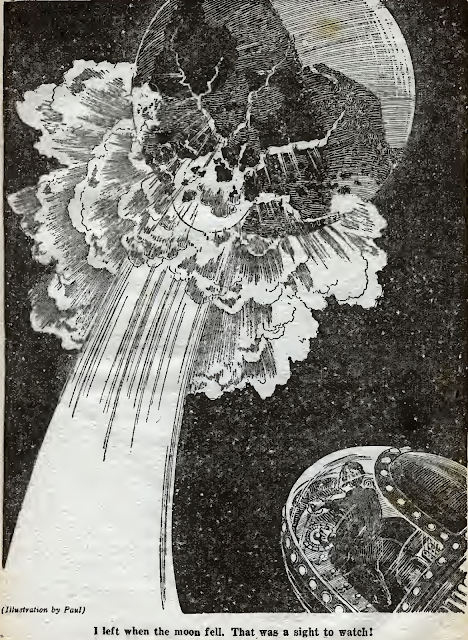 So far, “The Branches of Time” is  a pretty straight-forward time-travel-type tale. But, now it takes a significant turn. As tells his friend: “Now,” he began, “comes the really hard part.” (page 299)

From this point on, I want to cease my detailed summation of the tale and instead,  focus on a concept first put forth by to his friend at this point in the narrative.

As himself states, this concept centers on the fact that:

. . . the world has innumerable dimensions in the Cosmos, and that each one of those dimensions seems very different to us who see only three dimensional cross-cuts of them at a time. We and our world are like things seen by some one dimensional being. What, for instance, could such a creature make of an automobile, being able to see no more than a line along its surface. That’s how we look at infinity.

I live, and yet I’ve seen the world which is this planet peopled by nothing besides races of reptiles, a world into which I couldn’t possibly be born. And probably somewhere—in the Cosmos—there is a me, a James Bell who never invented a time-machine, but lived a normal twentieth-century life as the other men around him did. However, I know nothing of that, since at present—in absolute time— the ego-which-I-am inhabits the body of the who did travel into time.

But that there are other Bell-egos, I know. For instance, there was the me I took the revolver from. Both men were , yet in my consciousness there is no memory of that incident when the gun was taken away from me. And as to what that did after that, I have no idea.

Very probably there is a you, John, who has traveled in time with me, whether you ever do in this consciousness of yourself or not. And as far as that goes, there may have been a planet Earth which fell into the sun ere it cooled, or was stolen by a passing star.

Well, this absolute theory of time-traveling, which must be the right one, takes away certain of the paradoxes which have baffled imaginative people.

I would like to draw the reader’s attention to the third paragraph from the above quote that begins “But that there are other . . .” In particular, I want to highlight the sentences: “Both men were , yet in my consciousness there is no memory of that . . . And as to what that did after that, I have no idea.”

is pointing out that the two versions of himself were distinct beings – united up to a point and then split apart to live distinct and unique existences!

Two individuals, who up to some previous point in time, had been one and the same being.

As “The Branches of Time” wound down to its conclusion, Bell stated to his friend that he intended to travel into the far future where he hoped to encounter beings that could satisfy his questions concerning the nature of reality and time. As it turned out, if had only time traveled to 1957, his questions might well have been answered.

Of course, I am being flippant here. But this does provide a neat segue into what did occur in 1957.

A widespread and common definition (or explanation) of The Many-Worlds Interpretation is:

. . . an interpretation of quantum mechanics that asserts the objective reality of the universal wavefunction and denies the actuality of wavefunction collapse. Many-worlds implies that all possible alternate histories and futures are real, each representing an actual "world" (or "universe"). In layman's terms, the hypothesis states there is a very large—perhaps infinite—number of universes, and everything that could possibly have happened in our past, but did not, has occurred in the past of some other universe or universes.

The Many-Worlds Interpretation of Quantum Mechanics was first laid out by Hugh Everett in his 1957 doctoral dissertation, “The Theory of the Universal Wavefunction.” The history of the development and understanding of quantum mechanics is complex and interesting. Even how it intersects with and his incredible theory is a layered and multifaceted subject. While this aspect is beyond the scope of this blog post, I strongly encourage interested readers to pursue it. It will richly reward your efforts.

I believe there are several relevant points concerning that  deserve closer scrutiny. As a side note, all the information in this section is taken from a biographical sketch found on the web page of the MIT Kavli Institute (MKI) for Astrophysics and Space Research, located in . 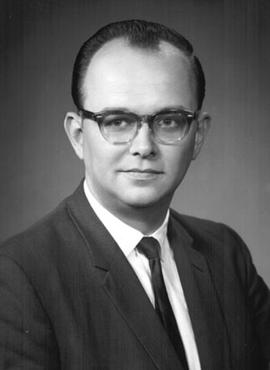 Hugh Everett was born in 1930. He wrote, in 1955 and presented in 1957, his dissertation introducing the Many-Worlds Interpretation of Quantum Mechanics. Yet, it would not be until 1976, when general readers and especially readers of science fiction were introduced to ’s theory, initially, via the December 1976 issue of the sci-fi magazine, Analog. 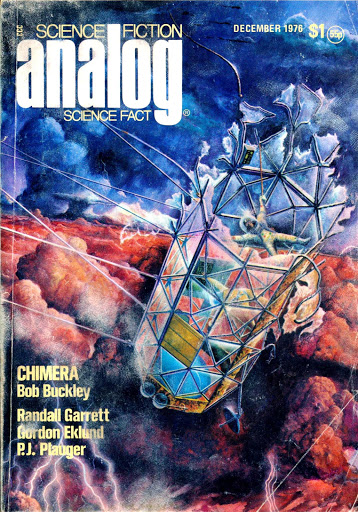 It is not known whether ever read Daniels’ tale. But, it is known that his mother was a writer of stories and poetry. Further, while attending university in the early fifties, became friends with Karen Kruse, a student of Philology. Later in life, she would become a famous writer herself and marry Poul Anderson, physicist, noted sci-fi author, and a “great fan” of ’s Many-Worlds.

But when did it all start? In the aforementioned biographical sketch, it is reported that the earliest known example of a story referencing ideas or concepts that would become Many-Worlds was 1938. It states: “As usual, it seems that writers invented it all before the scientists. Fans have found in a 1938 story by half- forgotten . . .” Moreover, the statement continues by claiming that these early stories, and the ideas espoused: “. . . were more anti-Everettian than either pre- or pro-Everettian . . .”

Please recall Daniels’ “The Branches of Time” was published in 1935. His notions of what-would-be Many-Worlds far predate any other such tale in pulp sci-fi, to the best of my knowledge. And not only that, he does it by presenting a uniquely positive take on ’s ideas.

Once again, very briefly (extremely basically) and in my own words, The Many-Worlds Interpretation of Quantum Mechanics implies the entire universe is fundamentally connected on a quantum level. Extrapolating from that, when confronting a choice—left or right, let’s say—only one choice can be taken. However, Many-Worlds Theory postulates that while one may determine to go left (continuing the example above), in an alternate universe/reality, one may determine instead to go right. From that point of determination, a new and wholly separate universe is split off. 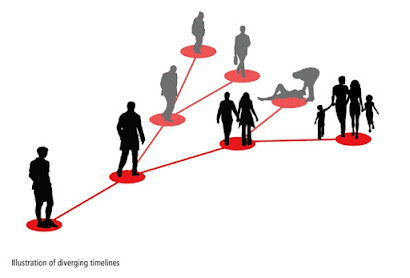 The  illustration above is an excellent visual representation of what I am talking about. From a place of decision, a split occurs, with a new reality encompassing each possibility and with each reality distinct from each other.

In essence, this is The Many-Worlds Theory. And, this is exactly what Daniels has his protagonist, , express: “Both men were , yet in my consciousness there is no memory of that . . . And as to what that did after that, I have no idea.”

In many ways, “The Branches of Time” is a very enjoyable time-travel tale. But, there is a lot more going on here as the editors pointed out. Those editors realized they had something special.

In addition, I believe this tale laid the groundwork for many subsequent time-travel tales, especially those that draw heavily from our current understanding of quantum mechanics and do not rely upon some mysterious technology to explain the means of time travel. In particular, I am thinking of Blake Crouch’s Dark Matter: A Novel from 2016. And, of course, Stephen King’s 11/22/63: A Novel from 2011. . .